Types of Neuropathy the ReBuilder Helps

Stopping Neuropathy at Home with the ReBuilder

Does ReBuilder Only Work for Certain Types of Neuropathy?

While the ReBuilder® is classified as a TENS for FDA purposes, it is most successfully used and marketed as a treatment for peripheral neuropathy types- meaning neuropathy that occurs in the extremities like the hands, feet, fingers, and toes. Does that mean it only treats those extremities?

The answer is no. ReBuilder® could help you with any neuropathy you deal with! There are over 100 types of neuropathy, all of them with a specific set of symptoms. Over 30 million people worldwide deal with neuropathy in some capacity. Symptoms range, including numbness, pain, the complete absence of feeling, lessening sensation, hypersensitivity, stinging, burning, tingling, stabbing, and jolting. 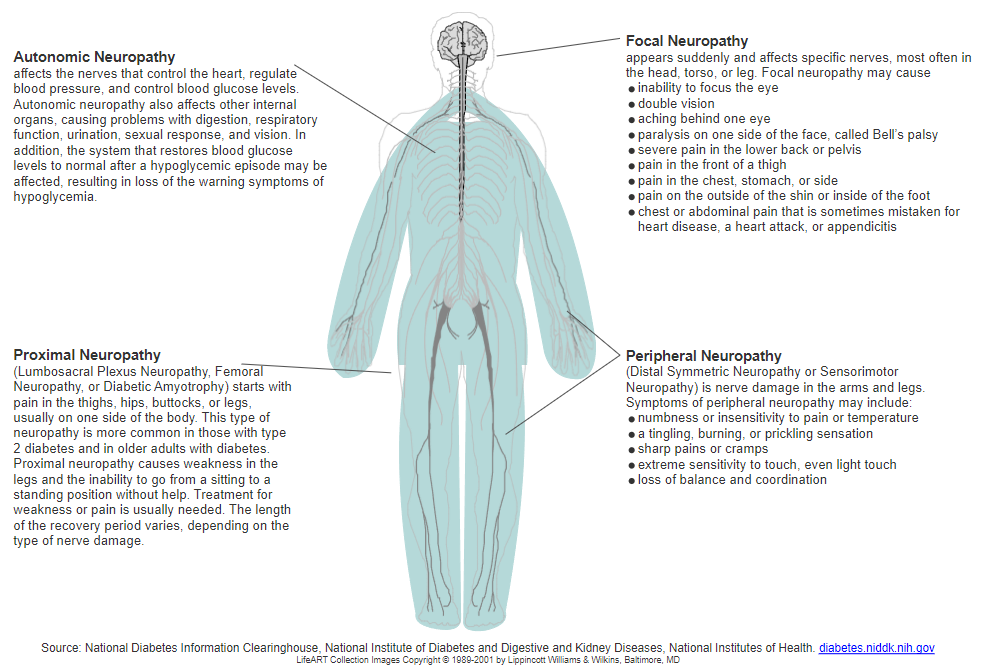 Now that you have an idea of the types of neuropathy, let’s take a look at the nerves that are affected.

Millions of messages are sent through the body through the nerves- it’s how the brain communicates movement and functions to the body. Your nerves are made up of hundreds of bundled nerve cells (neurons) that run up and down your body, all of which have a cell body (the soma, where dendrite signals are prioritized), axon (the tail end, where messages are transported) and dendrites (the filaments that receive input). Between a dendrite and axon terminal is a mineralized, water-filled area called the synaptic junction. To send messages correctly, there must be a complete structural system, electrical balance and chemical balance maintained between the cells.

Individual nerve cells do not touch one another. Impulse signals are sent to the next nerve’s dendrite through the axon. Once the signal reaches the end of the nerve, it must jump across this fluid. If the nerve is damaged by trauma or having the axon’s fatty myelin sheath that insulates it etched away by statins, agent orange or other toxins, the signal won’t even reach the synaptic junction. You need signals to cross so that you can sense the world around you and control your body.

When a nerve has been damaged and no longer functions properly, the synaptic junction begins to release minerals back into the bloodstream. A nerve cell shrinks when it is in distress, and the resulting larger gap makes it harder for the electrical nerve impulse to get across. Once this gap inhibits impulses, the minerals that are dissolved in the synaptic junction's fluid can leach out and make the fluid less conductive- and, released into the bloodstream, they can affect other synaptic junctions’ balance. Synaptic junctions can also become either more conductive or less conductive due to the release of chemicals called neurotransmitters like dopamine, serotonin, etc.

All matter has either mass or a charge. The natural state of cells (resting) is balanced and has an equivalent charge on both sides of the cell membrane. When an electrical signal from another neuron or from an external source disrupts the balance of sodium, calcium and potassium within a cell membrane (called the action potential), the cell de-polarizes and allows the electrical pulse to travel through the neuron. That electrical pulse flows along with the minerals.

Your nerves normally communicate via an electrical signal. When any one of nerve cells is damaged, there will be a break in the signal, The signal could be leaked to nearby dendrites, not to the ones in the direct path. If they don’t react negatively (pain) then the impulse will fail to initiate.

Here’s a really good analogy: your cell phone charger. If a mouse eats away the rubber insulation of the cord, it’s just a matter of time until the wire itself is damaged, and then the electrical circuit will arc, pop, smoke, and definitely not be charging your phone… you get the picture.

Nerves normally function between -55mV to +40mV, resting (meaning no signal) at -70 mV. 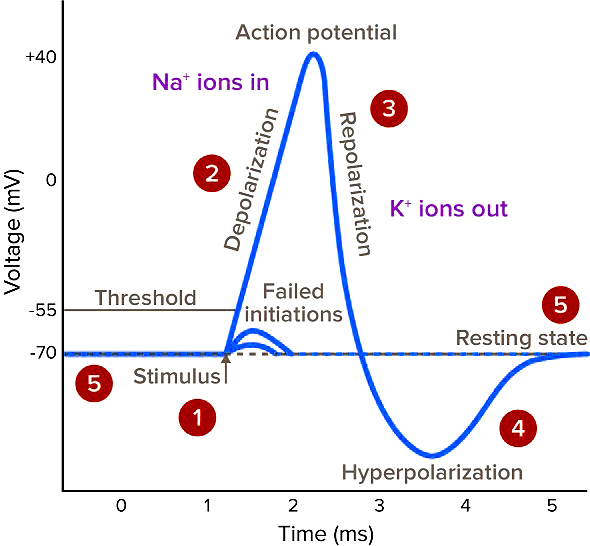 Here’s a representation of what the ReBuilder® does. 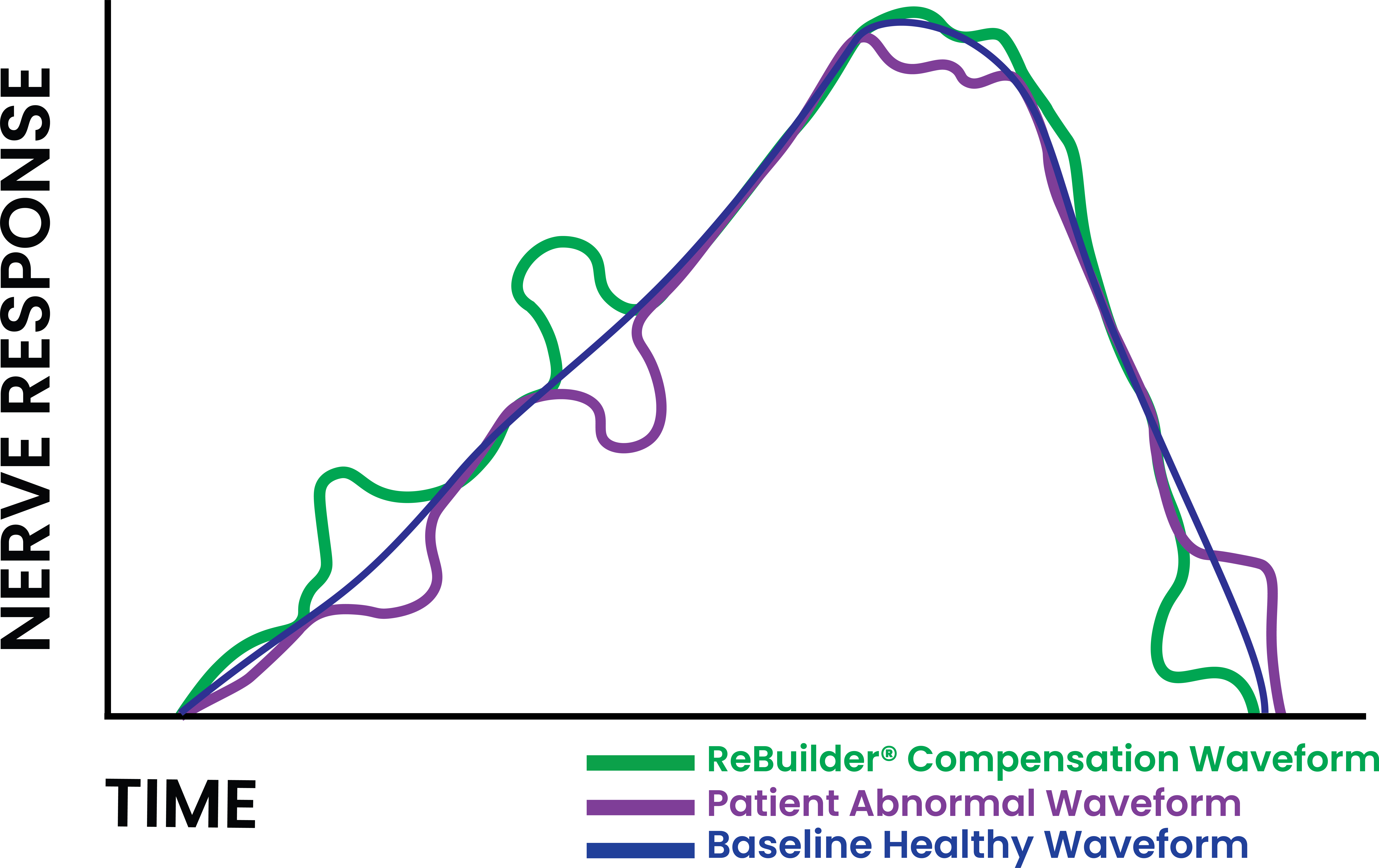 To fix those ‘arcs’, the ReBuilder® sends an initial pulse from contact point to contact point that's “larger” than the normal nerve signal, measures where the signal is weak or broken, and then sends a repairing pulse to neutralize the abnormal signal and reconnect the circuit. The ReBuilder® reminds the nerve cells of the proper path to follow for successful action potential. The ReBuilder® focuses primarily on electrical communications, but if you use our electrolyte solution, it can aid in the transmission of chemical signals too. 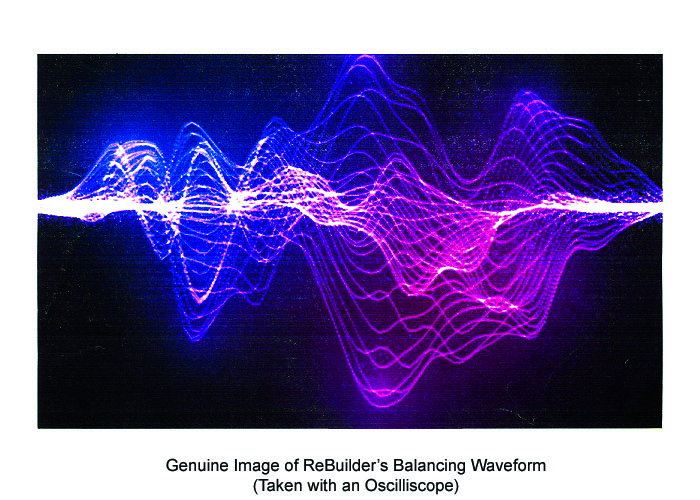 ReBuilder® has helped thousands of people get relief for their pain and numbness caused by peripheral neuropathy- just look at our testimonials! One study by Dr. Robert Milne, M.D. tested the ReBuilder® on 60 patients for neuralgia (nerve pain), arthritis, body pain and other nerve pain-related conditions. You won’t be surprised to find out that the ReBuilder® reduces pain (a nervous sensation).

“…Having a much more powerful electrical impulse than that of the human body, the ReBuilder® re-polarizes and re-educates the nerves to follow the correct paths. It also enables nerve impulses to jump the synaptic junction, reconnect the injured nerve cells, and deliver minerals and nutrients which revitalize those nerves.”

When you experience neuropathy symptoms, it’s a result of messages not going along its proper path, whether the cause is physical, chemical, mineral or electrical. Whether you suffer from autonomic neuropathy, peripheral neuropathy, focal neuropathy, or proximal neuropathy, the ReBuilder® can, and has, helped thousands of users just like you with different types of neuropathy- reducing pain, restoring movement, rekindling sensation, and more. Don’t just take it from us, though. Call and we will point you to a board-certified provider near you who can explain how this works, why it works, and let you see for yourself why the ReBuilder® Makes Sense.

Want to be updated for new posts to help stop neuropathy at home?

Sign up with your email address to receive news and updates.

We won't send you spam.
Unsubscribe at any time.